“It was just a thrill,” said Yelas. “It was a unique thrill and just a tremendous honor to be recognized by the whole sports universe in America for my fishing accomplishments. I’ve had a lot of recognition in the fishing community, but this is the first time and the biggest recognition I’ve had from the sporting world as a whole.”

Yelas is just the second person to win an ESPY in the outdoor sports category that debuted in 2002, following fellow BASS angler Kevin Van Dam. The Texas angler is also the 2003 Busch BASS Angler of the Year and picked up similar honors on the Forrest L. Wood Tour in 2002. Yelas accepted his ESPY award amidst a crowd of celebrity athletes that included Emmitt Smith, Michael Vick, Serena Williams and Barry Bonds.

In 2003, the field of finalists offered Yelas some stiff competition, and included:

* New Zealand’s Sheree Taylor, who came back from a career-threatening back injury to win the women’s timber endurance gold medal at the 2002 ESPN Great Outdoor Games. Taylor was also the first New Zealand Women’s Sports Person of the Year for Region 20 and broke the world record for women’s single buck competitions three times.

A panel of 14 judges, including sport organizers like Olympic archer Jay Barrs and outdoor sports writers from newspapers across the nation, selected the five ESPY award finalists from a list of 16 nominees that ranged from the Billfishing Xtreme Release League’s Team A-Fin-Ity to shotgunner Robbie Purser. In the end, the ESPY Academy voters tapped a bass angler for the second year in a row.

“Really, it caps the last year,” Yelas said. “It says a lot for our sport; our sport’s really growing and going out into mainstream America.” 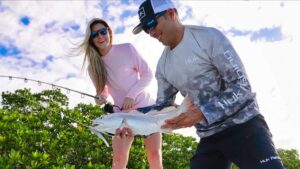 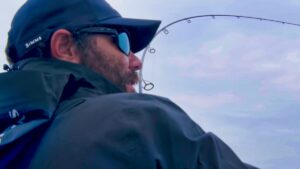 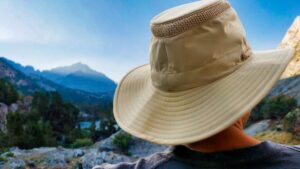